The Week in Tech: How Can America Make the World Shun Huawei?

The Week in Tech: How Can America Make the World Shun Huawei? 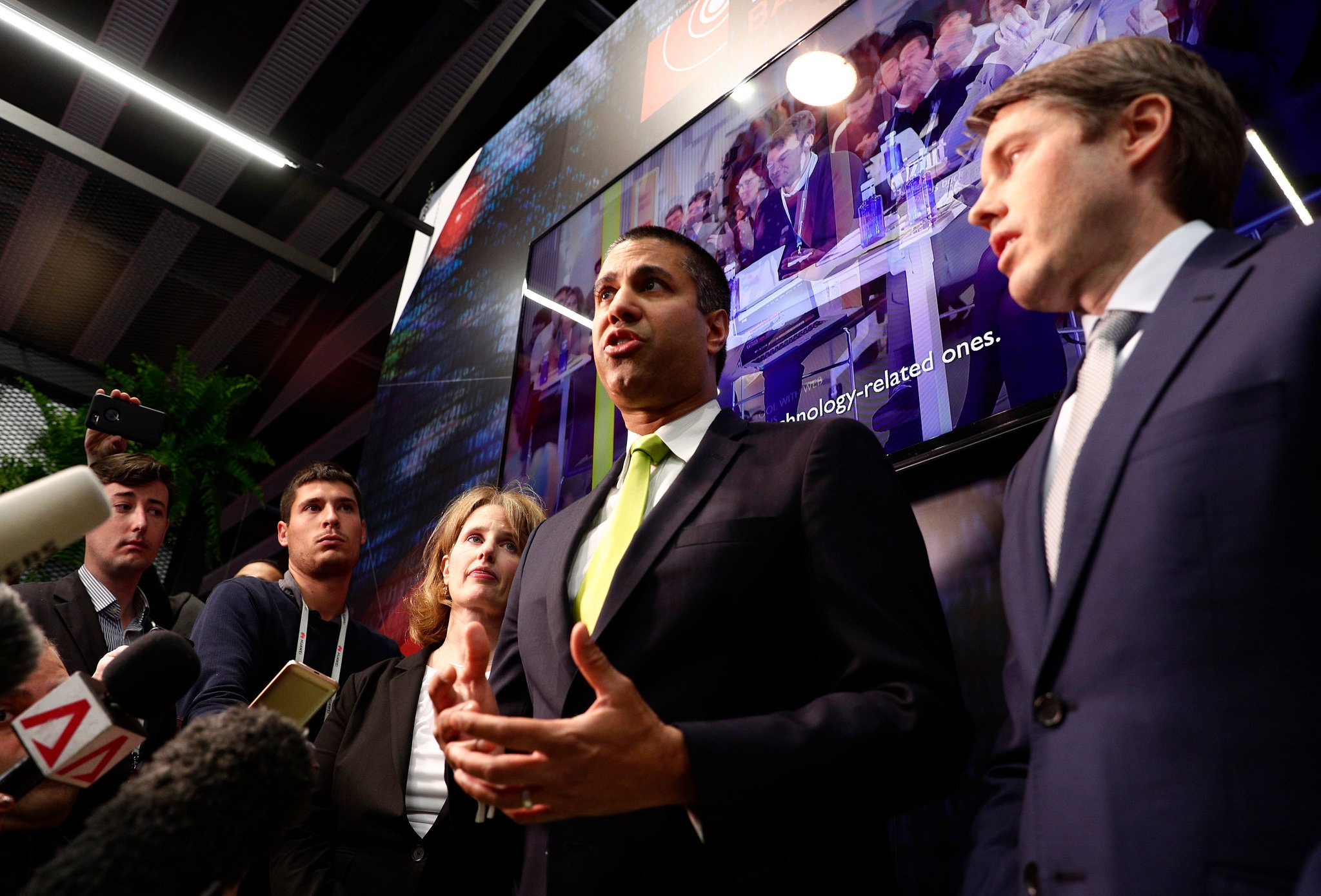 Each week, technology reporters and columnists from The New York Times review the week’s news, offering analysis and maybe a joke or two about the most important developments in the tech industry. Want this newsletter in your inbox? Sign up here.

An event celebrating new bendable smartphones, augmented-reality goggles and internet-connected beer kegs would seem an unlikely base for an important geopolitical standoff. But that was what happened in the Spanish city this past week, when members of the Trump administration attended MWC to try to persuade other countries to ban the Chinese technology company Huawei.

You’re forgiven if you have not kept up with the deluge of news regarding the Huawei fight. It’s a complicated, fast-moving and often-technical story.

In short, the White House has been trying for a year to get allies, particularly in Europe, to impose bans against using Huawei equipment inside the new wireless networks, known as 5G, that will become available starting this year. 5G is seen as critical infrastructure for a quickly digitizing economy, increasing phone data speeds but also creating new opportunities in robotics, transportation, manufacturing and artificial intelligence.

The United States says using Huawei equipment in the new networks will create a grave vulnerability that the Chinese government will exploit. It’s a dramatic and worrying accusation — if true. But the Trump administration hasn’t provided much hard evidence.

In Barcelona, I met in a hotel lobby with a frustrated executive from one of Europeʼs biggest carriers who said the United States had presented no new details to support its accusations.

Instead, American officials have tried to gain support by rehashing China’s history of cyber misbehavior and President Xi Jinping’s increasing control over the Chinese economy.

This executive’s frustration may explain why the White House effort has lost momentum in recent weeks. British intelligence officialsrecently indicated that a ban wasn’t necessary, and The Wall Street Journal reported that Germany shared that view.

At MWC, the White House sent a team from the State, Commerce and Defense Departments, as well as the chairman of the Federal Communications Commission, Ajit Pai, to make the case against Huawei.

Nobody appeared to be won over. Vodafoneʼs chief executive, Nick Read, defended Huawei at a news conference, repeating a not-so-subtle swipe at the United States that criticism of Huawei wasn’t “fact based.” Officials in the United Arab Emirates, a typically reliable American ally in the Middle East, seemed to agree. On Monday, just as MWC was starting, the country’s state-owned wireless carrier announced a deal with Huawei to build the 5G network there.

Perhaps sensing a momentum shift, Huawei has ratcheted up its opposition to the American campaign. On Monday, a Huawei executive, Vincent Peng, said cybersecurity was a “technical challenge, not a political challenge.” The next morning, Guo Ping, the company’s rotating chairman, said the United States had a more checkered history of espionage than Huawei, referring to the whistle-blower Edward J. Snowden’s disclosures in 2013 of an internet surveillance program by American spy agencies and their allies.

Huawei is a relatively boring company. While it has branched out to become one of the world’s largest manufacturers of smartphones, it primarily makes the gear needed to make phone networks work. It’s the kind of infrastructure people rely upon but don’t give much thought.

But the debate is worth following. Huawei foreshadows conflicts about important emerging technologies such as artificial intelligence, in which China is developing an expertise that the United States and its allies are likely to view as an economic and security threat.